Is there any thought leadership left?

Is there any thought leadership left?

When you’ve been in an industry for several years, you notice a growing trend: much of what is written is regurgitated. That is, there are plenty of industry blogs where people like to share their opinion. Some have been around the better part of a decade, while others are flash-in-the-pan and offer little in terms of what I would consider new and engaging. Others, are good for getting industry news and some opinion. But other than news, opinions, best practices and “how to” articles don’t seem to change much in digital signage circles. When it comes to regurgitation, I would also be guilty as charged. 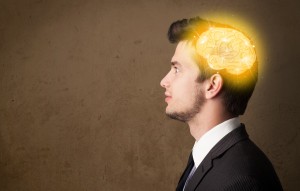 Unless you’re new, you won’t like reading or watching the same thing over and over. Industry experts and those actually getting work done will be spending less time on the industry blogs and forums and more time interfacing with actual customers. There’s a healthy balance between watching the news and making the news. Those with better things to do than troll digital signage industry blogs are probably out getting actual work done. Unfortunately most of the new thought-leadership content produced by industry “experts” isn’t all the unique and is typically a simple tweak on something that’s at least five years old.

Has there been an industry brain-drain?

I would argue there has been a bit of an industry brain-drain. Like Microsoft in the late 1990’s and early 2000’s (and even more recently)—once the large opportunity was gone in the market, the smartest and most capable left to pursue other opportunities elsewhere either because they had already cashed-out on their stock or because their abilities could be better maximized in other growth opportunities. We’ve seen such occurring recently in digital signage. In fact, some of the best and brightest of those I once knew in other firms have moved into other areas that are either a combined approach to digital signage or have made 180 degree career shifts.

An industry brain-drain may be a contributing factor to lack of thought leadership, but it also may be playing a role in the success of the industry at large. Like any industry, we need hard-driving leadership to help keep the ship afloat. With that gone, it’s not just the thought leaders that suffer, but the rising tide may fail in floating the smaller boats as well.

Luckily we’re not completely dead in the water. You can read or hear many industry leaders in some of the most widely trafficked blogs in the industry or pay to hear them speak at the Digital Signage Expo. The number of people claiming expertise in this market has certainly dwindled. I have no hard data to back that up, but my gut instinct on this feels accurate.

With industry consolidation already occurring in digital signage it doesn’t bode well for the massive growth spikes predicted in the the early 2000’s. And, since consolidation would certainly indicate a lack of growth, my former point (regarding a brain drain) may remain accurate. Additionally, when industries consolidate and M&A alters the landscape significantly, the thought leaders may depart as well. And while their thoughts may remain out in the blogosphere and on some server somewhere, they personally remain out of an industry that once benefited from their contributions. This is not where we want to be.

Some hate the critical thought leaders and hope they would be done and gone, but they play a vital role in helping to bring to light the bad ideas. Consolidation could be hurting this vital industry force.

Producing content for content’s sake shouldn’t be our only motivation. The fact that Google likes a writer, doesn’t mean we should just be producing it to please that ethereal search beast. True thought leadership enhances the user experience and provides everyone–both newcomer and expert–with something of inherent value. Spending more time on our content and less time on thinking how it might benefit ourselves will be a key to ensuring we’re adding value internally to our own companies and externally to those who may be looking in and potentially ready to jump into the market.

Here is where I ask for input. What types of content would you feel relevant to what you’re attempting to do in digital signage? Apart from the technical documentation we already provide, what other areas of the digital signage ecosystem remain untapped and worthy of discussion? Content? Advertising? If so, how should we be including them here on the blog? In addition to providing input into what you would like to see, what types of blog content turns you off or makes you uninterested? We would greatly welcome the feedback.

For self-preservation reasons, if nothing else, we would like to ensure this industry remains a relevant force for many years. That will require that we provide value-add in the expertise and thought we put into our consulting and services. Doing a fantastic job requires the feedback (both positive and negative) from both partners and customers.