Advertising: Bridging the Gap Between Small and Large Networks

Advertising: Bridging the Gap Between Small and Large Networks

Our freemium-based business model comes at a price. Roughly 5% to 10% of our users on the AWS-powered servers pay any type of monthly subscription or hosting fee. That’s completely fine and we expect it to be that way, but there are downsides. Most of the free accounts are VERY small (typically <10 displays). Where small networks get really hairy is with the advertising and attempting to make money using their signage. Small networks are seen as a hindrance to scale and more difficult to manage. Below I discuss some of the difficulties in running small ad networks and some solutions on what to do about it. I’m looking for feedback as well in the comments, so feel free to weigh in. 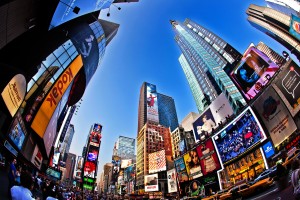 Small networks have a few things going against them. Typically, their run by less sophisticated systems and sometimes less sophisticated people, but not always. The main problem with being small from a media managers perspective is that it’s nearly as much work as a larger network in terms of working with people, managing documents and getting things implemented–especially if the lack of sophistication previously mentioned is included in the network. It’s like corralling monkeys, but many groups of monkeys. In short, small networks simply lack the benefits of scale.

What are the benefits of large scale digital out-of-home networks?

The struggle for the small ad networks still remains. How do you create a product that provides real-world ad re-targeting with the power of programmatic ad buying but give it to the small guys? Other “network aggregation” solutions of the past have tried and failed miserably. Many of those that have replaced them have moved away from the smaller, harder to manage and altogether less profitable smaller networks. Regardless of the CMS platform, those that aggregate and provide ad sales for networks typically don’t play well with smaller networks.

What to do about it…

Running a smaller network is difficult enough. There have been some mediocre attempts to create an adsense-like model for digital signage where a small mom-and-pop business can buy and install a digital sign and immediately get some type of ad-sharing benefit from placing the screen in their establishment. That would bode similar to adsense model for many web property owners who’re able to monetize above the cost of their digital real estate. Once we bridge that gap in digital out-of-home, the industry would explode–similar to the web. It’s not there yet. Here are a few reasons why:

The whole conundrum is very “chicken-vs-egg.” Part of the problem with that is many larger advertisers STILL may not be interested in smaller networks even if they do have all the right components. The theory that “if you build it, they will come” could work in theory, but it’s been tried in practice and we’re still not there yet. When will we get there? I don’t know, but when we do, I would like to see a demo.