Why Your Signage Sucks: A Few Reasons Why Your DOOH Ain't Cuttin' the Mustard

Why Your Signage Sucks: A Few Reasons Why Your DOOH Ain’t Cuttin’ the Mustard

I compare much of what is seen in digital signage to the development of a fetus in the womb of an alcoholic: if the baby turns out okay, it’s a miracle. If it doesn’t, it shouldn’t come as surprise. There really are more ways to fail in this industry than to succeed. It’s with that understanding that I’d like to discuss a few ways to fall flat on your face.

Your HW/SW Ain’t Up to Snuff 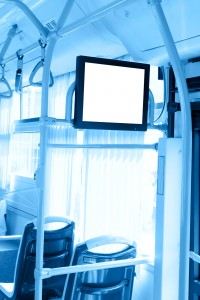 We sell some cheap players. Our Android units are some of the smallest and cheapest digital signage players available on the market today. We still get a surprising number of people who call complaining about performance issues when they’re running extremely high definition content on these small devices. It’s like trying to pull a fifth-wheel trailer with a Mini Cooper–ain’t gonna happen.

Not only should your hardware be minimal for the requirements of your project, but the software’s capabilities should at least be on par with the hardware you’re running. I’ve seen several instances where clients come to us with some of the best hardware money can buy, but they’re running the worst software money can buy (i.e. they overpaid for a load of junk software package). In both instances, you’re selling yourself short.

In most cases, a little Android unit should work just fine, but don’t expect it to run a video-wall. Know your requirements and limitations so you can effectively reverse engineer your software/hardware combo to match them.

Content can be VERY expensive, but if you want to save coin on it, it doesn’t mean it has to be atrocious. Bad content could be caused by any number of problems, including but not limited to content creator incompetence, low budgets, bad stock footage, lack of testing or –worst ever–ambivalence toward the quality.

If you want it done right, one of the best ways to ensure this occurs is to spend a little money–even more than what was spent on the software–and go out and get the content done right. We’ve heard the over-repeated term that content is king. My personal opinion: more money should be allocated in your digital signage budget to content than any other single piece. I believe this for a couple of reasons. First, the software is free, freemium, discounted or cheap in general. The hardware is a fixed cost and typically price-sensitive as well. The content is not only an on-going cost, but also contributes the most to whether or not your display network is going to have ANY impact on viewers. Do it right…the first time.

Your Screen Placement is Poor

Nothing screams ignorance and stupidity more than poor screen placement. Often poor screen placement comes from lack of prior planning in the installation process. Someone might think that digital signage is a great idea for a particular venue, but they fail to plan for different types of screen mounts suitable for the terrain in which the displays will be installed. This lack of planning and assuming a one-size-fits-all approach on the installation can cause installers to seek to retrofit areas for a type of mount or display that should have never had that type of mount or display in the first place.

A great example might be that of a location with a high ceiling and only a standard wall mount. In that case, the screen usually ends up being farther away from people than anticipated and is typically lower or higher than normal viewing eye levels would logically indicate. And we haven’t even gotten into screen tilt issues at retail…

You Don’t Have a Scheduling Plan

Lack of a scheduling plan can manifest itself in a number of ways. First, it could be the self-described lack of planning on who you’re targeting, when they’re being targeted and how you intend to do it. In order to have a targeting plan, you first need to know the audience. That means tracking them at the locales of interest, seeing what trends there are and understanding where the screens should be placed, but–more importantly what is happening at various times of day–from a demographics standpoint–so you can know how to react and follow these trends when it comes time to schedule your content loop.

Unfortunately, this is often overlooked, but extremely critical to making an impact on a target demo.

You’ve Got a Unpredictable Audience

Unfortunately, despite what many signage operators do, nothing can really compete with an moving and unstable audience. They’re typically the largest in terms of size and scale, but the smallest in terms of impact. Areas where large amounts of people gather means you have less time per spot to influence your audience. If not, they’ll just ignore you.

Take the average sports stadium as an example. Unless you’re showing the game via a mediaTV, you’re likely not going to grasp the attention of anyone, especially if they’re just taking a trip to the bathroom and your display merely catches them in the hallway. In this case, however, you can generally make up for your lack of targeting ability with sheer scale and numbers.

The worst possible option would include a venue with low numbers, high movement (non-stationary) and highly-distracted passersby. In such an instance, investing heavily in content is typically not worth it either. A good example would be a hallway in the lobby of a small office building with little foot-traffic–certainly not ideal.

Perhaps  my earlier comparison to fetal-alcohol-syndrome was unfair and maybe I’m the industry’s biggest pessimist. I hope not. But we see what goes on and the realistic side of this market–a lot more hype than results. In my judgement, here are a few reasons why.

My apologies if references to FAS were offensive. I use the analogy only to illustrate a point, but I think the point holds: don’t conjure up a half-baked idea unless you’re targeting a lonely audience of one. If scale is on the line, then spend some time (and dare I say money) doing it right.