From my perspective, Google’s entrance into digital out-of-home is more a matter of “when” than a question of “if.” For those who’ve been paying attention for a while, there are numerous features, acquisitions and products that have set-off a flurry of discussion and suspicion among those in this industry.

Google brings additional insight, revenue and a change in the biz model that I think would help revive–not hurt–industry operators. Additionally, Google itself would benefit from wholly diving-in as doing so would provide more digital real estate on which advertisements can be placed. Google’s products, product features and overall actions continue to inch closer into this market. But those aren’t the only reasons Google can, should and probably eventually will join the dark side of DOOH. 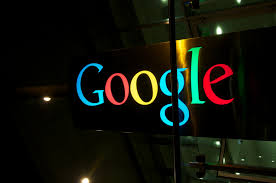 One word: advertising. Intel tried to make its way in with measurement with the purchase of Cognovision. Cisco has been in the market for some time, but has missed the success boat. When I left Hughes back in 2010, they were on version 3 or so of their software, but it had yet to really make a significant dent in market share. The biggest missing piece is monetization of displays through advertising. It doesn’t just include free and highly-discounted hardware and software products. We already have that. But, it includes something that really can be immediately computed as  a net gain for investors.

As a lower mid-market sized company, it would be extremely difficult for us to continue to develop our product (and–I might add–include an accurate metrics tool for tracking individual screen views), market it AND find advertisers for our screen owners all at the same time. But, with an existing network the size of Google, doing so would be much more easy.

Even some of the up-and-coming programmatic systems for the industry aren’t able to provide ad sharing and ad revenue to the smaller networks. It’s not yet worth their time. A Google play into DOOH would simply change the dynamics in a very positive way.

GOOG Has Already Been Nibbling

Here are a few ways in which Google has already been playing around the edge of the digital signage industry for some time.

Other acquisitions by Google seem so far removed from the company’s core business, it could be either labeled as a joke or a conspiracy theory. DOOH is less far-fetched in my mind than the likes of the acquisition of some of Google’s robotics acquisitions (Schaft, Inc., Boston Dynamics, Industrial Perception, Redwood Robotics, Meka Robotics, Holomini, Bot & Dolly and Deep Mind Technologies). Digital out-of-home software and hardware is more in line with Google’s core business of appeasing advertisers with metrics-based ads.

Eventually–when the Titanic is finally moved–metrics gleaned from DOOH displays will be on-par or better than Nelson metrics from cable television. The technology will get that good. Combine facial recognition, people counting, embedded cameras and proof-of-play reports to a network and the ability to target increases dramatically. The ability to back-fill with existing ad dollars is–as I’ve said before–the missing piece that would make the most sense for a company like Google.

Does any of it matter?

Yes and no. To software vendors it could matter a great deal, especially if they come in with a great solution, with real-time metrics with advertising in-tow. It would truly be a game-changer. But, from our perspective, we like to take a look at the big picture, but ignore the competition and just continuously develop an excellent product for our loyal and growing customer-base. As far as Google is concerned, my personal feeling is that having them in the industry would help not hurt–just like having them on the web (while some would argue differently) actually helps all the small site owners make money using Google’s well-established Adsense platform. In short, it would better provide for screen and network owners to monetize their hardware/software investment–something which has been the missing link in this industry’s existence for a very long time.