Posted by Nate Nead on May 5, 2014 in Advertising, DOOH, Features, Interactive, Software

I have a burning question:

When will interactivity become the content defacto in digital signage?

We’re moving that direction. No longer will the expectation be that only the mobile phone’s digital screen will be touchable and navigable, but every public display will become the defacto wayfinding and on-demand media device. At some point in the near future static signage will be to digital signage what digital signage is to interactivity and facial recognition in digital-out-of-home. As technology moves forward it its quest to impress and–in most cases–improve efficiency, I can see a day when a traditional small form-factor digital sign providers won’t have the ROI measurement capabilities or the general features included in an offering with true immediate-feedback facial recognition. And since the technology is getting cheaper and cheaper–thanks in-part to consumer demand–it’s integration will eventually be widespread. 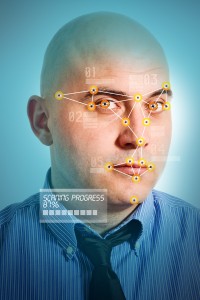 Will facial recognition and interactivity become the norm in digital out-of-home?

When Interactivity and In-your-face rule

As we gradually get used to the idea of having more intrusive advertising and targeting, we’ll see more and more facial recognition-type targeting, making it harder to escape the intrusive nature of it all. In fact, a recent article outlines how company Zample is making the famed Minority Report advertising a reality. They even hold the pending patents to prove they’re legit. When adoption of interactive and facial-targeting displays really hit the big time–that’s when we’ll truly see advertising dollars enter the industry. Sure, programmatic ad-buying has begun, but as we’ve said before, it won’t be able to hit scale without all the smaller networks. And the smaller networks lack the ability to make money until metrics standards prevail and extra hardware and software becomes affordable enough (and the return for them real enough) that all the small <10 screen networks jump on board.

The real difference I see in an interactive display versus one that simply pushes content to you based on what it thinks, is the ability to have a choice in what occurs.

The Minority Report example is also an extreme case because in it, Tom Cruise’s character is targeted by name based on an eye scan. Such intrusiveness would be difficult to sell to a broad audience, especially given the fact that many people are already leery of what companies already know about them. Having an interactive touch screen is one thing, knowing the screen knows more about you than the people around you makes George Orwell’s “1984” seem like a walk in the park. If you allow people to choose the amount they interact, then you don’t offend and you can keep a relationship.

In digital out-of-home, as well as with other forms of advertising–it takes a very long time to acquire a customer (including his/her mind-share, loyalty, eye balls and attention) and about two seconds to lose them as a current or potential client. Letting people determine how far the advertiser can push is a much safer approach than shoving it down their throats and hoping only a small percentage don’t get so turned off they’re lost for good. Facial recognition will have its place, but treading lightly will be the name of the game to ensure we’re not encroaching too far into peoples’ lives.

Interactivity as the Default?

I actually think traditional digital signage is here to stay as a medium and may never get dwarfed by other forms, including interactive. There are too many reasons to believe otherwise. One of the biggest reasons interactive often struggles is that apart from some forms of retail digital signage, interactivity doesn’t play well for the passersby. People are busy and don’t have time while out-of-home to interact with a display.

Automation and direct targeting–if done right–may, however, become a greater standard than we think in digital signage. It will be interesting to see if the likes of Zample can make an impact going forward. What do you think?