Is Intel In For the Long Haul?

Is Intel In For the Long Haul?

Sad news when a company the likes of Intel decides to let over 5K employees go. It’s tough not to be too critical of the “misaligned resources” as the article states. It’s interesting the picture premise to the piece includes an image of Intel CEO Brian Krzanich holding the company’s Edison chip, which has often been touted as the revolutionary jump for digital signage players. 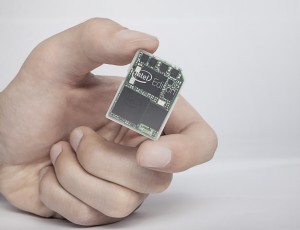 Since the company has now gone VERY deep into the industry, I personally wonder if they’ll ever just count it a mistake–a sunk cost, if you will– and go running the other direction. I could see it happening, but if it does it probably won’t really take hold until they’ve spent much more than they should have chasing a rabbit down a hole that was “misaligned.”

However, I have to be careful in acting like an oracle. Playing the long term bet on an industry that has yet to really blossom may not be a bad idea. Either way, it’s still going to probably cost them a great deal in the process. But, if PC demand continues to be cannibalized by tablets et. al, then they’ll certainly need to continue to chase opportunities elsewhere–if for no other reason than survival.

The Edison Chip is part of an interesting play into the internet of “things” and “wearables,” but it’s often the consumer-driven market where prices and margins are squeezed the most. This is one of the reasons Roku’s BrightSign remains more profitable than its more recognized in-home set-top-boxes. If wearables do take off, there certainly remains a huge market where some margins can be pulled. It would appear, however, that Intel is still in deep with a big bet on digital signage. Will they pull out? I suspect not at this point. Like the Phantom of the Opera, they’re “Past The Point of No Return.”