Industry Consolidation: Looking Back as the Dust Settles

Industry Consolidation: Looking Back as the Dust Settles

The growth ebbs and flows of nearly every industry reach maturity, then consolidation and finally decline. While the digital signage market has struggled to find itself there have certainly occurred the casualties so often present in high tech markets. Luckily the bad business models and managers are eliminated quickly, making room for those longer-lasting ideas, concepts and platforms. In this way, we’ve witnessed creative capitalism at its finest. This industry is certainly no stranger to collateral damage, nor have we completely missed out on some of the consolidation one might expect for an industry that’s passed well beyond the honeymoon stage of existence. 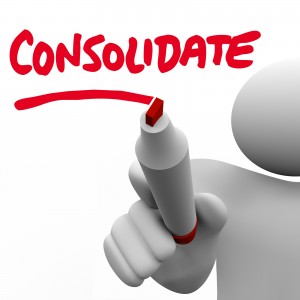 The real consolidation has yet to occur, but we’ve certainly seen an uptick in the last couple of years–in part due to the betterment of the general market and partly due to survival necessity. I wonder how history will treat digital signage and digital out of home. Will the consolidation make room for more growth of the best business models? Are we still waiting for the right business model to emerge from the ashes and open graves of our once formidable competitors? I can think of a few areas in our not to distant past that will have an impact and I can also see a very different future in this market than the one we now occupy.

First, let me say that the Great Recession did not bode well for companies on the Tipping Point who were wading into untested waters–especially those that touted a different method for stealing advertisement dollars from more traditional mediums. A general market malaise, advertising budget shrinkage and untested models for the digital signage market left a very negative stain on things. In my personal opinion, the taint has yet to leave. I can still think of a few companies who came with big promises and big ideas several years ago, but whose product never really took off. I also see other start-ups in that market today who’ve merely tweaked the models of a recently bygone era of other failed businesses.

I hate to be a skeptic (it’s really my nature), but the struggle with many of these types of businesses is that they’re merely tweaking the same model. Moreover, there’s also been too much fragmentation with not enough real scale within a single body to really obtain the broad-based testing needed to get things “just right.” But, I would argue it’s great to have this weeding-out process among digital signage firms. It’s a modern-day technological Darwinian process.

In the evolution of digital signage, it will certainly be interesting to see where things lie when the consolidation dust settles. Like nearly all industries, there will be a number of key niches and niche leaders. From my somewhat limited perch, I see the following

Ad-networks. In particular, the ad nets that are somewhat software and hardware agnostic. While these groups are somewhat co-habitated or familiar with a particular solution, they use the software as a commodity or means to an end for delivering content to screen networks.

Design firms. These will continue to come and go. The real winners will be tied directly to software providers, have relationships with larger networks or simply will make great content and therefore always have high demand. Good content creators in this market are difficult to find. The firms in this space with staying power will be the hustlers who create good content or like some of the dynamic feed providers, figure out a way to scale the content

Software Providers. Software solutions in digital signage can be broken into three groups: 1. Entry-level digital signage, 2. Standard signage solutions and 3. Enterprise digital signage software. We’ve seen some of those in group three move down market to back-fill demand they were seeing from the low end and others who started down-market and who’ve moved up to more robust solutions. In either event, the modus operandi for their brands will almost always favor one of the niches mentioned above.

Hardware Vendors. Interestingly the pendulum for hardware has begun to swing back in its own favor. For years hardware was the commodity with the separation being the software and software features. We’re now seeing some interesting tweaks and uses for digital signage software in off-shoot and similar industries.

Because we’re not working in an old, stale industry, the change will continue to follow Moore’s Law–that is–doubling every 18 months. The speed of progression also further puts the onus on software, hardware and advertising vendors to adapt quickly to a slippery environment. Large firms are often obliterated by such changes by failing to adopt the latest model, methodology or tweak. I will certainly knock the tweaks that don’t seem to make big advances, but it’s those very changes that move the industry forward and which will one day create a market nearly unrecognized by today’s industry leaders. Only time will tell. What do you think?