The difference between success and failure in nearly anything is measured in that small incremental increase on the margin. The marginal difference is what often separates the brilliant scholar and the talented athlete from the nobody. It’s arguably one of the reasons Lebron James gets paid more, why an inch in your height accounts for roughly $100K more in annual salary and why some digital signage networks make money and others fall flat on their face. It’s this marginal difference that sets the stage for this post today as I hope to shed some light on why so many networks fail and what we should be doing about it. 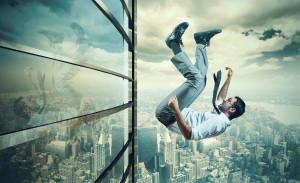 I suppose before we talk about failed networks, we should define what a failed network is. I would define a failed network is simply a network that flounders and eventually goes out of business. Others might claim a failed network could even more simply be defined as a group of digital signage screens that fails to meet its objectives. The problem with my definition is most often one of finance combined with pre-planned analysis. The latter issue is simply analysis. For every good idea, there are 10 bad ones. Unfortunately, the bad ideas don’t often surface until people do their homework. Even more unfortunate are those who do their homework while on the job.

An entrepreneur might say, “I’ve heard of this digital signage before. It sounds like a good idea. I think I’m going to jump into it.” She does without thinking enough about the full financial and qualitative implications of such a decision. If complete failure is your definition, know your financing needs, know your objectives and reverse engineer a plan to eliminate the holes or issues in such a plan before you launch your network. Unfortunately many of our would-be entrepreneurs take the approach of jump first, look later and it costs them dearly in time and money. My personal suggestions include:

It’s Not About Advertising

I’ve just stated that ROI should be predicted in a pro-forma fashion and then adequately measured to ensure optimal performance. But I don’t want to be too over-corrective. I’m less of a fan of networks that tout their advertising capabilities. This attitude has nothing against a supreme desire to return the best possible outcome to shareholders, but more of my internal visceral reaction toward advertising in general, but even that depends on my mood. I’ll belabor this point because I simply feel that there is frequently too much emphasis put on digital signage as a replacement or for online or TV advertising. It’s SOO much more than that. We need to stop pigeonholing ourselves into one market sector.

I hate talking more about content. We’ve done it so much that I can hear people’s eyes begin to glaze, but crappy content is the inevitable silver bullet that kills even the toughest werewolf.  The content needs to be more than good. It needs to match the strategy I laid out in detail in the first section. A network can have good content and still “fail.” Enough has been written on this subject. I don’t wish to beat a dead horse.

Aligning goals, measuring feedback and finding your network “sweet spot” are all part of being successful. Here are a few helpful pointers to ensure better success if you’re considering launching your own digital signage network:

When Failure is Inevitable

Unfortunately, there are instances when even the most well-prepared and well-executed plans fail. How does the saying go? “The best-laid plans of mice and men often go awry.” Macro forces or a series of unfortunate events in the planning, funding and delivery stage of any network can lead to its untimely demise. I hate to believe that anything is inevitable, but sometimes networks get a bit of a streak of bad luck. Unfortunately we can’t control for bad luck, but it’s best to control for everything else and hope for the best.