The Increasing Irrelevance of Digital Signage

The Increasing Irrelevance of Digital Signage 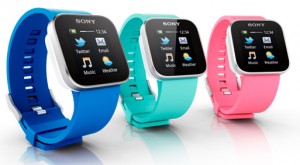 I gave a good friend of mine a ride yesterday. He was sporting his latest purchase: a Samsung smart watch. The price: something around $300. We chatted about how “cool” the thing was. He’s obviously what one would call an early adopter–someone I would refer to as a “nerdlet.” This same friend whipped-out his smart watch connected phablet–a screen that barely fit into his pocket. After we finished discussing some of the cool features of his new smart watch, we transitioned into a deeper discussion on “the Internet of things.” We talked of everything from the smart fridge to the smart home, including the recent Google acquisition of Nest.  I discussed my role here at digitalsignage.com. So many of the things we do which we tout as being revolutionary are irrelevant and most likely will be leapfrogged soon enough in the coming decade. My personal opinion is that digital signage will be less relevant in many venues than it is currently. Pessimistic? Yes, but while my pessimism shines through, I’ll finish up this post with the light at the end of the tunnel: the areas where digital signage will continue to matter into the future.

First, digital signage will become more drowned out, but the connected wearable devices that will litter the consumer space. Devices like Google Glass, Smart Watches and perhaps even wearable displays (although I’m less optimistic about wearable displays) will increase in relevance and most likely drown-out the relevance of other devices not immediately connected to one’s person. Sure, we’ve talked about how such devices can interact with displays and become a networked part of a larger ecosystem. Shoot, there are even those who bring gamification into the mix, bringing an interesting playmate into the mix. Digital signage is ultimately just one player among many. And, a smaller player than many in the industry would like to admit. We’ve already seen mobile applications decimate the tasks that were once suited for self-service kiosks.

Recent growth statistics peg the industry at roughly $13B worldwide, 50% of which is in North America. Growth stats are tepid at best and are expected to be roughly 5% to 10%. That type of growth indicates more maturation than we would like to admit.

There are several markets where digital signage technology will continue to grow. Most of them will remain relevant for one simple fact, viewers will be somewhat forced to view the content on the displays. First, are restaurant digital menu boards. For most quick serve restaurants, patrons have no other choice but to view the digital menu when they visit a particular restaurant. Second, DMVs and other waiting room signage, where captive audiences are “compelled” to view the screen because of their position. Third and finally, transportation locales like bus stations, train stations and airports will remain relevant. In short, all areas where the signage is used to display practical and necessary information will continue to be relevant.

Now, let’s not be too hasty. Digital signage will continue to be relevant in many ways, but more and more screens and “digital distractions” will continue to shrink the market share. In addition, technological advances will drive the continued bifurcation and diversification of digital media. Digital signage is currently, and will continue to be, a massive force in the overall digital landscape, but the messages we deliver via the cloud, may be clouded out by all the other digital devices digital out-of-home will be competing against.