We’ve started running quite a few metrics on our past, current and potential customers and we’re seeing a growing trend: on a per-capita basis recent sales data has Canada beating the United States in total media player and reseller signups by nearly 200%. That is, of course, after you take into account population and demographic differences. However, it begs the question: “why?” I have my own thoughts which I’ll certainly innumerate below, but I would love feedback in the comments section. 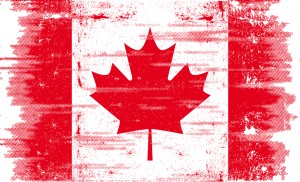 We’re also seeing a large increase in the amount and volume of foreign interest for our products. The lion’s share of our products are still sold to U.S. and Canadian firms. However, there are a growing number of client acquisitions coming from foreign markets. For instance, a trailing look at yesterday’s free account signups indicates nearly 30% of all new accounts came from overseas customers.

Worldwide demand for digital signage will certainly outpace any existing or future demand in the United States by a long shot. The question is: where will the best pockets be for future investment in this technology in terms of locale? What do you think?