A recent article on cnet reminded me of an experience I had from back in 2002. I was at CiCi’s pizza in Pensacola, Florida with a group of friends. For those of you not familiar with CiCi’s, it’s a gut-bomb, all-you-can-eat pizza parlor which– at the time– cost less than $4 per person. As part of their strategy to cut costs so they could continue to provide cheap service to their customers (which consisted mostly of cheap 20-somethings) the company integrated touchscreen automated kiosks to replace the person at the checkout line who would be swiping credit cards. The kiosks were implemented at a cost of roughly $7,000 each, but replaced an employee being paid roughly $7/hour. 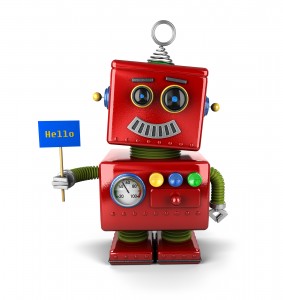 You can do the math yourself. The payback was rapid. The decision was a no-brainer, unless of course you’re a fierce advocate against job-destroying automation and creative destruction.

It reminds me of two other stories I read –one again of McDonald’s outsourcing drive-through orders to third-world call centers. The second was an article about spiritual computing. The idea is based off the potential of Moore’s Law for technology to continue it’s exponential climb to the point that a $1,000 computer will have the total thinking capacity of the entire living human race. While seemingly a bit far-fetched, I suspect it’s not too far off. It may take longer than we initially thought for robots and automation to rule the world, but we’re slowly working our way to a world where automation is creeping more and more into our lives. There are some impacts. Not all are positive.

First, increased automation destroys. Creative destruction certainly has a net benefit to society as a whole, but the impact on the lives of individual people can be extreme. Hence, the need to regulate things like minimum wage to ensure lower-skilled workers can continue to provide for themselves. Unfortunately, regulation increases the demand for replacement by the robots. It’s the ultimate in catch-22s.

Second, automation takes out the human element. I used to love the lady at our local library who checked out the books. She was so chipper and friendly to everyone. She’s long since retired and now has been replaced by self-checkout kiosks provided by none other than 3M. We lose a little bit when everything becomes automated. It’s like the people who spend more time on Facebook than they do with real people. Robots could unfortunately replace reality with something that’s eerily virtual.

Finally, increased automation sometimes isn’t all it’s cracked-up to be. For instance, when it doesn’t work, it’s even worse of a customer experience than the long waits. Don’t take my word for it. Here are 19 other good reasons, they’re a bad idea.

Certainly automation does destroy lower-skilled job opportunities, but it also helps contribute to the continuation of a company like CiCi’s to provide a low-cost all-you-can-eat service to its customers. Shareholders, of course, are most likely the great recipients.

As developers and providers of digital signage and kiosk technologies, we’re contributing to a digital world where automation dominates. Each step forward in features in this industry further increases the potential for automation and creative destruction rearing its head. As we do so, we need to continue to be cognizant of the potential for frustration and destruction we’re creating in automating processes and “simplifying” (so called) peoples’ lives.

I imagine a day when a programmatic ad with specific demographic targeting brings in a sale at retail, but the purchase isn’t made through a real human. It’s an automated kiosk. All of it is tracked. All is automated. Perhaps eventually the robot sales consultant will guide you. At some point the humans will hit a threshold of tolerance for such nonsense. What do you think?