Advertising vs. SaaS Revenue: What Business Are You In?

Advertising vs. SaaS Revenue: What Business Are You In?

Posted by Nate Nead on May 19, 2014 in Advertising, Digital Signage Software, DOOH, Insight

After reading through some of the RMG Networks numbers, assessments and analysis, it’s interesting to see where the bulk of the company’s revenue is generated and compare it to our own experience. 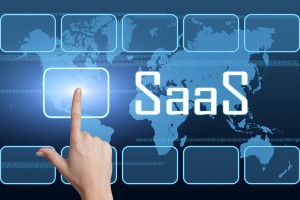 We’ve contemplated the potential opportunity of jumping more heavily into the DOOH side of things. We do, after all, have a decently growing network now in the tens of thousands. It still remains as a potential add-on to our current business model, but–just as the RMG numbers would confirm–it’s not as potentially profitable for several key reasons.

First, it’s much more cyclical. Once a nice SaaS-hosting base has been acquired, it’s easy to predict month-over-month and year-over-year revenue changes. Ad revenue, on the other hand, is a little less predictable and, as a general rule, more prone to being affected by economic shocks.

Secondly, it’s highly dependent on the willing participants. A growing number of our users are buying into private networks, including our mediaSERVER and mediaHYBRID products. Both of these systems run in a silo and are separate from the mediaCLOUD. While we could ultimately could integrate all the systems using our software together, the trend is moving toward interest in having ore control over one’s own screens. Fewer and fewer participants are even desiring to be part of a shared system. As that occurs, the potentiality of including a large number of the displays in a digital out-of-home network seems much less plausible.

There are also a great deal of moving parts in every aspect of this industry, especially on the advertising side. If you try to be everything to everyone, then a company’s focus can get watered-down. When that occurs, sometimes the core business suffers, unless  you have the growing resources to continue investing for the long haul.

As a current or potential operator of digital screens, what is your business model? Are you one of the many who charge hosting and management, but ignore the potential for advertising or do you provide free hardware, software and content so as to gain the benefit of using someone else’s digital real estate? The number of business models in digital signage are about as broad as the types of locations where the software can be used. There is certainly no wrong way, but for most smaller companies, the right move is to find a process and a method that works and stick to it like glue.

I don’t doubt the best years for companies like RMG remain ahead. Their stock may have taken a hit, but their current stance is a focus on reinvestment in product and people with an eye on growth. Let’s just hope they’re able to get there sooner rather than later. All of us in this industry need the validation of either a highly-successful publicly-traded digital signage software company or a highly-successful publicly-traded digital signage software company–or in RMG’s case–both.